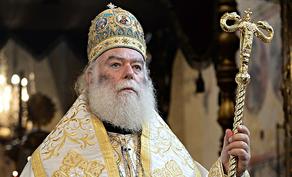 As the Greek Orthodox media outlets  Orthodoxia and Romfea report, Patriarch Theodore mentioned in prayer Metropolitan Epiphanius of Kyiv and All Ukraine during the liturgy in Cairo.

The Archbishop of Chernigov and Nizhyn has also confirmed this information and publicized the letter from the The Patriarchate of Alexandria.