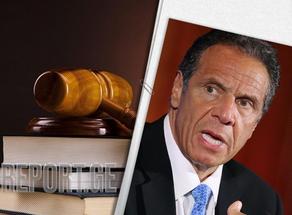 A third female former staffer has come forward with accusations of inappropriate conduct by embattled New York Gov. Andrew Cuomo, according to reporting by the Wall Street Journal on Saturday night.

The Democratic governor already stands accused of sexual harassment by two women and unwanted advances against him by a third.

A former aide for Cuomo, Ana Liss, told The Wall Street Journal that the governor "asked her if she had a boyfriend, called her sweetheart, touched her on her lower back at a reception and once kissed her hand when she rose from her desk."