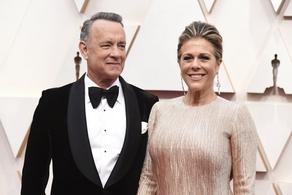 The actor and two-time Oscar winner Tom Hanks and his wife Rita Wilson have become honorary citizens of Greece. The Prime Minister of the country, Kyriakos Mitsotakis, writes about it on Instagram.

"Tom Hanks and Rita Wilson are now honorary citizens of Greece," the Prime Minister wrote under the picture with his wife and the couple.

Rita Wilson has Greek roots in her maternal line. Tom Hanks converted to Orthodoxy (Greek Church) after marrying her (1988). They have a house on the island of Antiparos.