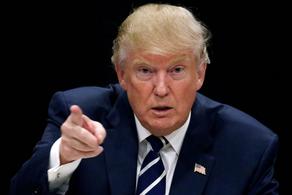 Reportedly, the Office of the Director of National Intelligence (ODNI) is scaling back its election security briefings to Congress, according to two sources familiar with the matter and documents.

ODNI told the House and Senate intelligence committees that it will still provide written briefings, but that they should not expect verbal, in-person briefings on the topic, according to a congressional official and letters that Director of National Intelligence John Ratcliffe sent to top members of Congress. Ratcliffe indicated in those letters that leaks from Congress were the reason for ending in-person briefings.

“This is a shocking abdication of its lawful responsibility to keep the Congress currently informed and a betrayal of the public’s right to know how foreign powers are trying to subvert our democracy,” – Trump said.

The U.S. President blames the Head of the Committee, democrat Adam Shrift, in information leakage.