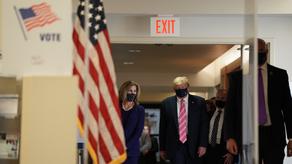 Trump switched his official residence last year to his private club at Mar-a-Lago from New York, after complaining that politicians in his home state have treated him unfairly.

Trump cast absentee ballots during the presidential primary in March and again in the primary election in August.