Trump promises to supply the world with ventilators 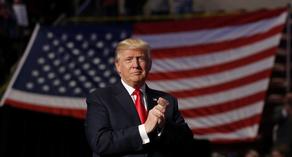 The USA President, Donald Trump, declared that the United States is to produce a hundred thousand mechanical ventilators (IVL) is a hundred days. He said that a large number of ventilators to be produced, which are not only for the United States, but for Italy, Spain, and Germany, who need it not less than the Americans do. He said the country would produce a sufficient number of the appliances and organize transportation.

Artificial respirators are critically urgent for those patients who are in aggravated critical conditions.

Based on the John Hopkins University data, there are 104,256 cases of coronavirus infections in the United States. The virus has killed 1,704 people.