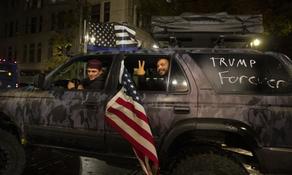 Protests took place in cities such as Atlanta, Austin, Bismarck, Boise, and Phoenix.

Tthe US presidential election was held on November 3.

The counting of votes continues. However, both international publications and leaders of many countries have already recognized Joe Biden's victory.