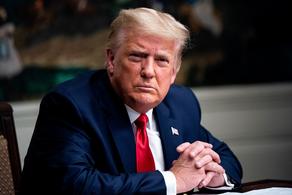 As US President Donald Trump says, he plans to create his own social media platform in the future.

Trump says nobody can stop him.