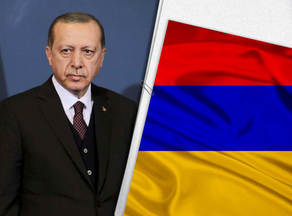 The President of Turkey, Recep Tayyip Erdogan, calls on Armenia to leave Nagorno-Karabakh. The Anadolu agency spreads information about the position of the President.

"Immediate liberation of the occupied territories of Azerbaijan by Armenia will pave the way for peace and stability in the region," Erdogan said.

According to the Turkish President, "Azerbaijan was forced to defend itself because the OSCE Minsk Group could not solve the problem of Nagorno-Karabakh."