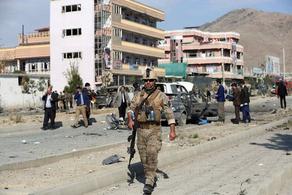 At least 13 Afghan soldiers and police officers were killed in two separate explosions in the southern province of Helmand.

8 Afghan National Army soldiers and an assailant were killed when a terrorist attacked an army checkpoint.

The bomber was killed on the spot, and two army personnel went missing following the blast.

The Taliban militant group has claimed responsibility for the attack.

Five policemen were killed and five others wounded in an accidental explosion outside a police checkpoint in the eastern side of Helmand as well.

An investigation into the incident is underway.