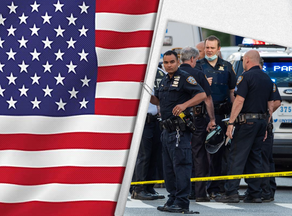 Two people are killed and fourteen wounded in a riot that continues in Rochester city of the New York State, Mark Simons, head of police reports.

Law enforcers say that the main street is blocked, and tens of police officers are mobilized.