U.S. expected to expel 10 Russian officials and diplomats from country 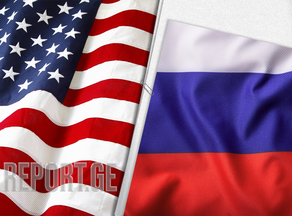 The Biden administration is poised to take action against Russian individuals and entities in retaliation for alleged misconduct including the SolarWinds hack and efforts to disrupt the U.S. election, according to people familiar with the matter.

As part of the moves, which could be announced as soon as Thursday, the U.S. plans to sanction about a dozen individuals, including government and intelligence officials, and roughly 20 entities, according to one of the people, who asked not to be identified because the matter was sensitive.

Other measures planned by the Biden administration would seek to bar U.S. financial institutions from trading new debt issued by the Russian central bank, Finance Ministry and sovereign wealth fund, according to one of the people. The precise timing of the debt measure isn’t clear, the person said.

The U.S. is also expected to expel as many as 10 Russian officials and diplomats from the country, two of the people said.

The sanctions would come days after President Joe Biden warned Russian President Vladimir Putin that the U.S. would defend its interests. Tensions are also running high over Russia’s buildup of forces near Ukraine’s borders, prompting NATO on Tuesday to join the U.S. and the European Union in calling for Putin to de-escalate.

Those facing the next round of sanctions include individuals and entities blamed by the U.S. for enabling the Internet Research Agency, a Kremlin-linked troll farm that used a coordinated operation on social media in an effort to help Donald Trump’s presidential campaign in 2016.

The attack by hackers who compromised widely used software by Texas-based SolarWinds Corp. breached more than 100 U.S. companies and nine government agencies before it was discovered by a cybersecurity firm.

This week’s sanctions could be followed by further actions. Bloomberg News has previously reported that the U.S. is weighing other measures, including aimed at bonds issued by Russia.