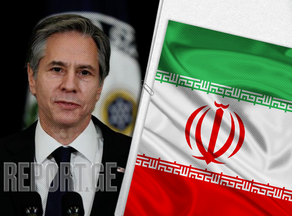 U.S. Secretary of State Antony Blinken discussed Iran and other issues on Friday in a virtual meeting with his British, French and German counterparts as the group weighs how to revive the Iran nuclear deal, Reuters reports.

The U.S. State Department said besides Iran, other issues including the coronavirus pandemic, Myanmar, Russia, China and climate change were also discussed, and Blinken “underscored the U.S. commitment to coordinated action to  overcome  global challenges.”

“We just had an in-depth and important conversation on Iran ... to handle together nuclear and regional security challenges,” French Foreign Minister Jean-Yves Le Drian said on Twitter.

The high-level conversation is the latest step by President Joe Biden’s new administration to explore how to restore the 2015 nuclear deal that Iran signed with world powers but was abandoned in 2018 by Biden’s predecessor, Donald Trump.

The nuclear deal limited Iran’s uranium enrichment activity to make it harder for Tehran to develop nuclear arms - an ambition Iran has long denied having - in return for easing the U.S. and other sanctions.

In abandoning the deal approved by former President Barack Obama, Trump restored the U.S. sanctions it had removed and then piled on more.

Speaking before Friday’s meeting, a source familiar with the matter said it was unlikely to delve into great detail on Iran and was the first chance for the ministers to discuss the issues.

The National Security Council will convene a meeting on Friday to be attended by top U.S. officials but not Biden himself.