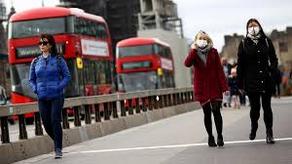 THE UK coronavirus death toll today rose to 16,509 after 449 more fatalities were recorded in the lowest increase for a fortnight.

The last time the daily death toll was that low was two weeks ago on April 6 when 439 fatalities were reported.

While there is often a drop in Monday's figures due to a lag in reporting over the weekend, the new tally comes as a government adviser yesterday said the UK had probably passed the first coronavirus peak.

However, infections have continued to grow with 4,676 positive tests bringing the total number of cases to 124,743, according to the Department of Health.

Meanwhile England's daily fatality figures were the lowest recorded in a month after recording 319 deaths on March 31.