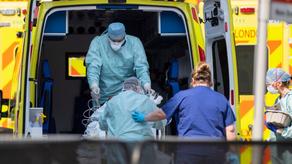 The government has been criticized for its lack of testing across the country but has stepped up its efforts in recent weeks after setting a target of carrying out 200,000 tests a day by the end of May.

Part of that process has included sample antibody testing in different regions of the UK to produce an estimate of the number of people who have contracted the virus.

With a population of 8.9 million, the data mean roughly 1.5 million Londoners have had the disease during the crisis and produced antibodies that will fight the virus if they encounter the disease in the future.

That same testing sample found that approximately 5 percent of the wider UK population have antibodies, though Hancock stressed that more testing is required to paint a more accurate picture.