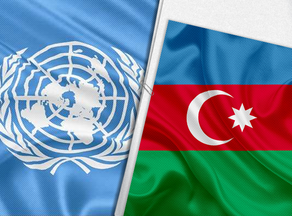 The United Nations condemns the bombing of settlements in and outside of the Nagorno-Karabakh conflict zone, including the attack on the Azerbaijani city of Barda. Stephane Dujarric, the Spokesperson for the United Nations Secretary-General, made the statement at a briefing in New York.

"We strongly condemn all attacks on settlements that took place as a result of the conflict, including the attack on the town of Barda, which reportedly killed and injured many people. There is no justification for attacks like this one," Dujarric said.

The Spokesperson repeated the UN Secretary-General's call on the parties to the conflict to adhere to the ceasefire agreement for humanitarian purposes and fulfill their commitments to protect civilians and infrastructure.

On October 28, 21 people were killed and up to 70 injured in a cluster missile attack by the Armenian Armed Forces on the town of Barda.