Unknown painting of Vincent van Gogh to be sold at auction 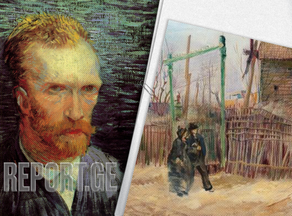 A painting by a famous artist, Vincent van Gogh, which has never been exhibited, will be sold at Sotheby's auction in Paris. Before that, it will be exhibited in the French capital, as well as in Amsterdam and Hong Kong.

According to the publication, the canvas entitled "A Street Scene In Montmartre" was created by the artist in 1887, when he lived in Paris with his brother Theo. After 1920 it was kept in a private collection, making it unknown to the general public.

According to preliminary estimates, the price of the painting ranges between 5-8 million euros.