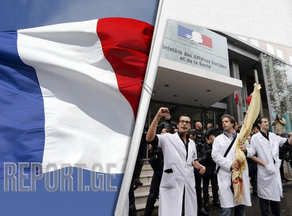 About 3 000 medical workers have been laid off for refusing vaccination in France.

The decision on mandatory vaccination went into effect on Wednesday.

Although the government announced the decision weeks ago, it came as a surprise to some workers when they received a notice of dismissal.

France has the highest number of laid-off healthcare workers in Europe, while only 728 doctors were dismissed in Italy.