US confirms 130 cases of 'Havana syndrome’ 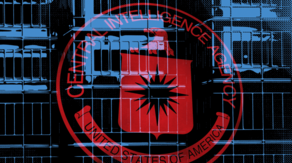 According to the US daily, three officers from the Central Intelligence Agency (CIA) had reported serious symptoms since December 2020, requiring treatment at the Walter Reed military hospital in Washington. These health incidents first came to light in late 2016 when US embassy staff in Havana, Cuba, began to report an unusual set of symptoms, with some of the cases beginning with the sudden onset of loud noise.

A year later, a US diplomat in the Chinese city of Guangzhou started experiencing unexplained symptoms, including headache and memory problems. The US State Department had requested the National Academy of Sciences to assess the cause and the latter came up with a report that suggested the mysterious head injuries were consistent with the use of directed microwave energy.

“The committee felt that these acute symptoms were more consistent with a directed radio frequency (RF) energy attack, and explored possible related mechanisms,” the report said.

The number of cases reported in the NYT is around 70 more than previously acknowledged. Quoting sources in the Pentagon, the report hinted at the possible involvement of Russian military intelligence agency GRU behind some of these episodes.