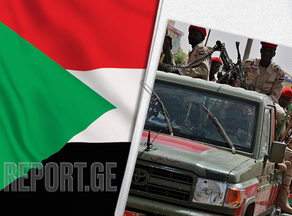 The US Special Envoy Jeffrey D. Feltman has left the Sudanese capital, Khartoum, CGTN reveals based on local media.

Other details are still unknown.

Earlier, the United States expressed concern over the ongoing hostilities in Sudan.

"The United States is deeply concerned about reports of a military coup by the transitional government. This is against the constitutional declaration and the democratic aspirations of the Sudanese people and is completely unacceptable," mentions the statement of Feltman, spread on the Twitter of the US State Department.

According to Al Arabiya, tens of thousands of people took to the streets of Khartoum after a military coup attempt. Twelve people were killed in the capital during clashes between opponents of the coup and security forces.

The chairperson of Sudan's Transitional Sovereign Council, Abdel Fattah al-Burhan, has declared a state of emergency in the country and disbanded the country's Council of Ministers and Cabinet, Palsawa reports.

He said the country's military would continue its democratic transformation before handing over power to civilian authorities. Al-Burhan added that several points of the constitutional declaration in force from 2019 are no longer active.

He said "inciting chaos by political forces" posed a threat to Sudan.

The Sudanese army seized the building of the state television and radio station in Khartoum this morning. The Al Arabiya TV channel spreads the information.

The country's Ministry of Information released a statement by Sudanese Prime Minister Abdalla Hamdok where he called on all Sudanese "to take to the streets, to defend the revolution, but to observe the peaceful nature of the protests."

The army blocked all the entrances and bridges of the capital.

Among those detained are the ministers of communications, information, finance, and industry, as well as the governor of Khartoum and one of the representatives of the country's sovereign council. The arrests continue.

Supporters of the main opposition movement have already called on people to take to the streets and resist "attempts by the army to usurp power."

According to Al Arabiya, mobile communication and the internet in the Sudanese capital Khartoum have been completely cut off.

A statement from Abdel Fattah al-Burhan, the head of the Country Sovereign Council, is expected in the near future.

For the second week in a row, protesters in Khartoum have been protesting against the resignation of government and civilian representatives and the end of the transition period. According to the capital's authorities, supporters of ousted President Omar al-Bashir are in alliance with the riots.

There was a failed coup attempt in Sudan on October 21, but it was reported that "the army and regular troops are in control of the situation."