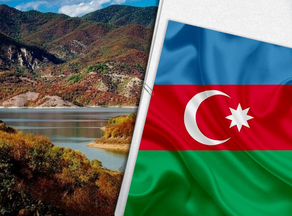 The village of Mataghis in the Tartar district will be called Suqovusan. The President of the Republic of Azerbaijan, Ilham Aliyev, signed the relevant decree.

According to the document, Mataghis, which is part of the administrative-territorial district of the village of Chaili in the Tartar district, is called Suqovusan.