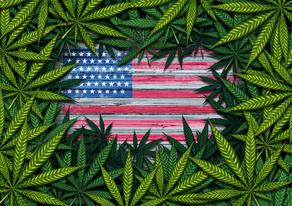 The House passed the measure in a 48-43 vote, and the Senate approved it in a 20-19 vote. Not a single Republican voted for the bill in either chamber.

"This, to me, is a justice bill," Del. Charniele Herring, a sponsor of the legalization bill and the Democratic majority leader, said on the floor. "While it has flaws and it is not the perfect bill ... I think this moves us a step in the right direction."

The vote came after a conference committee struck a deal on Saturday to reconcile different versions of the bill that passed in both chambers earlier this month.