We are ready for negotiations with Armenia anywhere, Aliyev says 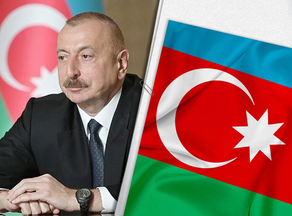 In his interview with the Russian News Agency called TACC, Azerbaijani President Ilham Aliyev expressed readiness for holding new round of negotiations with Armenia 'in Moscow or anywhere else.'

Aliyev emphasized that new round of talks are critical for regulating the Karabakh conflict.

"We are always ready to hold a meeting in Moscow or anywhere else to put an end to this conflict and find its regulation tools. We seek peace, but, unlike Armenia, we also want the territories to which we have a lawful right," the Azerbaijani leader stressed.