Who attempted the murder of Donald Trump? 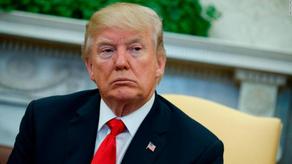 According to the Canadian police, the primary information obtained from the investigation indicates that the pouch with the poison had been delivered from Canada.

A package containing the poison ricin and addressed to President Donald Trump was intercepted by U.S. law enforcement in the White House, according to CNN’s information of September 19.

If ingested, Ricin causes nausea, vomiting, and internal bleeding of the stomach and intestines, followed by failure of the liver, spleen, kidneys, and death by the collapse of the circulatory system.