Will Smith, Helen Mirren slept in the street - PHOTO 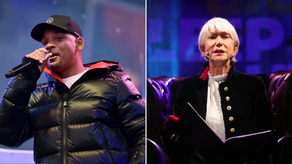 Last night the World stars joined over 50 000 people and slept in the street. It was the solidarity act with the homeless people. The “World’s Big Sleep Out” – that is how the act was called, which takes place in more than 50 cities and raises funds for the homeless. They target collected 50 million dollars.

It was 10°C and heavy rain in London yesterday. Despite the weather, hundreds of people slept in Trafalgar square. “It seems absolutely bloody crackers right now - the rain is so heavy - but we're doing it because basically the world has a homelessness problem, it has a displaced people problem, it has refugees," Louise Casey said.

The Oscar star Helen Mirren read bedtime stories to those camping in the square while the band Travis played a set. Meanwhile, New York, film star Will Smith delivered a speech. The charity has hosted visits from several celebrities, including George Clooney and Leonardo DiCaprio.

Josh Littlejohn, the owner of sandwich social outlets and the founder of the charity fund, initiated the “World Big Sleep Out” campaign.