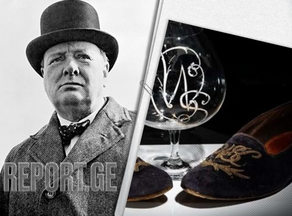 The shoes are made of dark blue velvet, and the initials are embroidered with gold thread. Churchill wore slippers during his first term in office, 1951-1955.

The buyer was a British collector whose name was not released.