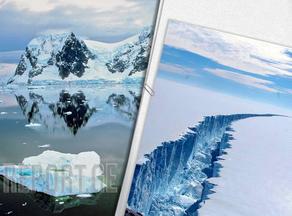 The iceberg that was for a time the biggest in the world is no more, BBC reports.

That's like a small country; it's equal to a quarter of the size of Wales.

But satellites show the mega-berg has now virtually gone, broken into countless small fragments that the US National Ice Center says are no longer worth tracking.

A68 calved from the Larson C Ice Shelf on the edge of the Antarctic Peninsula, and for a year it hardly moved. But then it started to drift north with increasing speed, riding on strong currents and winds.

The billion-tonne block took a familiar route, spinning out into the South Atlantic towards the British Overseas Territory of South Georgia. The small island is where many of the biggest icebergs go to die. Caught in the local shallows, they are doomed to gradually melt away.