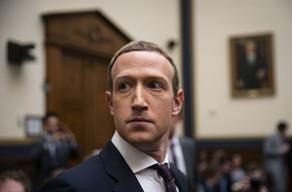 Reflecting on the death of Afro-American, George Floyd, Facebook founder, Mark Zuckerberg, said that he was going to review policies allowing discussion and threats of state use of force to see if there were any amendments needed to ensure "racial justice" in the social network.

"We've started a workstream for building products to advance racial justice. Many of you have shared ideas in the past few days on product improvements we can look at, and I've been impressed by how quickly we've moved here. I believe our platforms can play a positive role in helping to heal the divisions in our society, and I'm committed to making sure our work pulls in this direction. And while we will continue to stand for giving everyone a voice and erring on the side of free expression in these difficult decisions - even when it's speech we strongly and viscerally disagree with -- I'm committed to making sure we also fight for voter engagement and racial justice too."- the company founder's statement reads.

Zuckerberg said that all posts containing the attempt to influence voters' decisions would be deleted.

"We're going to review our policies allowing discussion and threats of state use of force to see if there are any amendments we should adopt." - he wrote.

Marc Zuckerberg became an object of criticism from his staff. The reason for it was his decision not to delete President Donald Trump's post in which he threatened by force use.