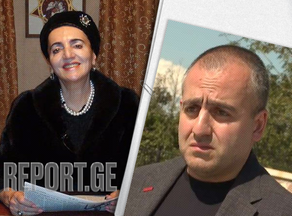 ''Enduring this incurs excruciating pain; this sick gang is making my brother and sister-in-law suffer,'' Gamsakhurdia said in his post.