A long-bodied, sinuous reptile that lived about 310 million years ago has been named for a legendary giant snake in Viking mythology that once battled Thor, the Norse god of thunder.

But while the Vikings' mythic "World Serpent," named Jörmungandr, was large enough to wrap his body around the entire Earth, the ancient reptile Joermungandr bolti (YOR'-mun-gund BOL'-tee) measures just a couple of inches long.

lizard"), an early group of reptiles that were among the first vertebrates (animals with backbones) to evolve on land. J. bolti had a slender, elongated body with short limbs and a blunt skull, and the fossil was so well preserved that it retained impressions of specialized scales that resemble dirt-repelling scales in modern reptiles. Together, these features suggest that the wee microsaur tunneled underground and slithered like a snake, researchers reported in a new study. 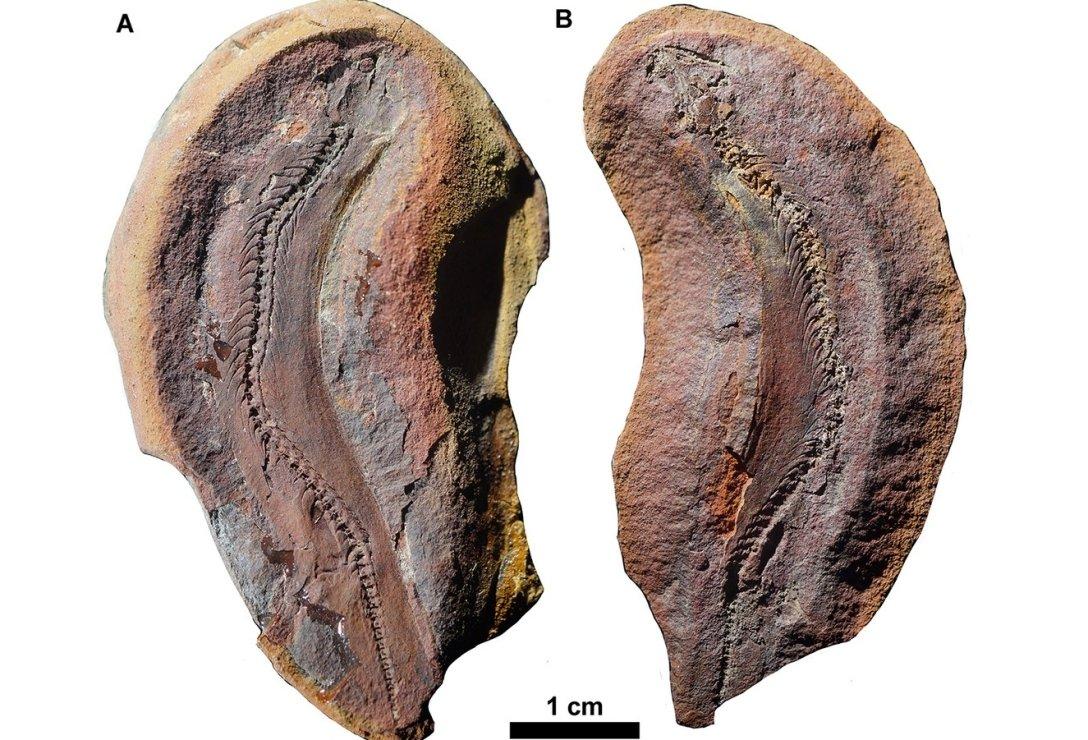