Kirk Douglas left 60 million for charity, nothing for the son 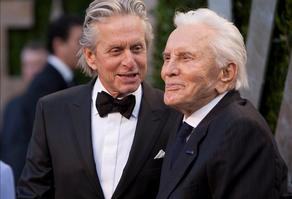 Actor Kirk Douglas has left sixty million USD to be used for charity purposes. According to the Mirror publication, he left nothing for Michael

Douglas, together with his wife, actively participated in charity acts before his death. The prominent actor and producer representing the Golden Era of Hollywood cast in over ninety movies. His working activity lasted over seventy years. He gained popularity through his movies Spartak, and Wikings. These films are considered the best works of 1950-60.

Kirk Douglas was three-times nominated for Oscar but failed to win. He was granted the Honorable Oscar for the contribution in cinematography in 1996.