A man was killed by thunderbolt in Ninotsminda 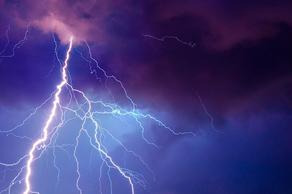 A man was killed by a thunderbolt in Ninotsminda Municipality of Samtskhe-Javakheti.The information is spread by the “Regionaluri Kvira” (“Regional Week”).According to the Agency the thunderbolt killed a shepherd and tens of sheep.The dead man and the herd were found by Georgian borderguards.

They called the ambulance and the police to the place.The accident is investigated under the 1-st part of Article 115.