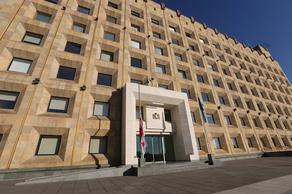 The Administration of the Government of Georgia has issued a statement, saying that they stand ready for the dialogue.

The head of the Regional Liaison Department of the Government Administration and two governors are now in Kutaisi to continue a dialogue with rally participants.

''Head of Regional Liaison Department of the Government Administration, Leri Barnabishvili, state trustees in the region of Imereti and Racha-Lechkhum-Kvemo Svaneti, Zurab Shalamberidze and Parmen Margvelidze are at the Administrations of State Trustees in the Imereti region; they stand prepared to listen to them and continue the dialogue,'' the statement reads.