Bachaliashvili's mother says they probably made her daughter write the letter 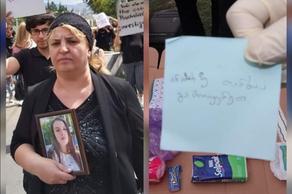 They presumably made her write the letter. This had been planned not in a day but for months, Tamar Bachaliashvili's mother told a journalist.

"They also examined whether or not she had an amount on her account. They presumably made her write it. My daughter was smart enough to realize we would use that amount without her writing it. Why did she decide to write it? They just needed this to justify their version of suicide. I know she was saving money to go abroad as we did not have enough to satisfy her needs," Teona Tamazashvili declared.

The note which read "there is money on the deposit; use it" left by the deceased young women is written by her, according to the MIA.