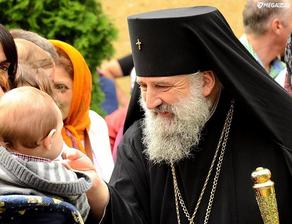 Archbishop Ioane Gamrekeli has been appointed as the Head of the Kutaisi-Gaenati Diocese. The decision was made today at the Holy Synod meeting.

According to the decision made by Ilia II, the Catholicos-Patriarch of All Georgia and the spiritual leader of the Georgian Orthodox Church and the Holy Synod Archbishop Kalistrate of Kutaisi-Gaenati Diocese has been in charge since 1983. He died of illness in June.

Metropolitan Ioane was born on October 28, 1946 in Tbilisi.