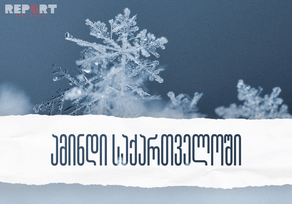 Precipitation and low temperatures will last in Georgia today, forecasters say. Snow is expected in Tbilisi at night, with temperatures settling at -1 degree at night  and 4 degrees throughout the day.