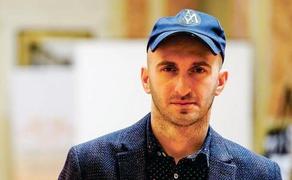 Director of the National Library Giorgi Kekelidze wrote on social media that Georgian book corner would open in the Berlin State Library.

"The National Library of Georgia and the Berlin State Library have concluded the Memorandum of Cooperation. Thanks to the Embassy of Georgia to Germany for its active support," Kekelidze wrote, adding that they also plan to cooperate with Switzerland's and Italy's libraries. "We have so far opened Georgian book corners in seventy cities worldwide," he wrote.