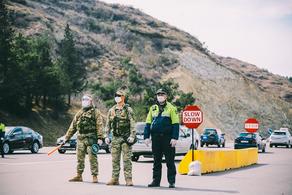 At 9 p.m. sharp, within stricter quarantine measures, no movement of vehicles will be allowed in the four largest cities of Georgia -- Tbilisi, Batumi, Rustavi, and Kutaisi.

"The government has decided to ban movement of all vehicles at 9 p.m. on 15 April in the four largest cities of Georgia, which are Tbilisi, Rustavi, Batumi, and Kutaisi for ten days. Some exceptions will be allowed, and in exceptional cases, our citizens may call the hotline by dialling 144," Giorgi Gakharia announced at yesterday's briefing.