Georgian detained near occupied Tskhinvali region released from illega 14 May, 2021  19:13 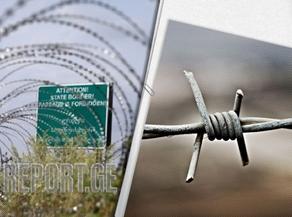 The State Security Service says that Alan Japaridze, the Georgian who was unlawfully detained near the occupied Tskhinvali region has been released from custody.

The State Security has been in active contact with representatives of the Tskhinvali occupation forces after they shared information on Mr. Japaridze's detention.

The EU Monitoring Mission has actively been involved in the process.

They discussed the issue at the Incident Prevention and Response meeting.

According to the statement by the SSS, they are making all-out efforts to release other Georgians from unlawful custody.