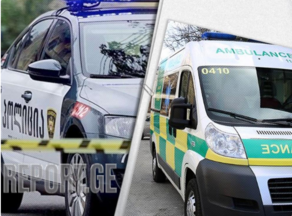 A young man was reportedly killed in an accident on Rustavi-Tbilisi highway after a driver lost control of his car, veered off the road, and hit a petrol station banner.

Two young men around 20 were in a car when the accident occurred. One of them died on the spot; another was hospitalized. He is reportedly at Rustavi clinic ICU unit.

The Ministry of Internal Affairs of Georgia has launched an investigation.