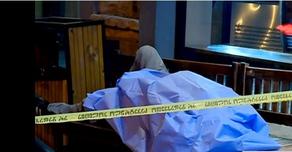 A man's body has reportedly been found in the vicinity of Gori Fortress. Locals noticed the body and immediately notified law enforcers.

Expert criminologists and law enforcers are at the scene now. According to released information, the man died of natural causes.

The MIA has confirmed this information to report.ge. The body will release further information on the incident later.