Minor dies as a result of an explosion in Gardabani 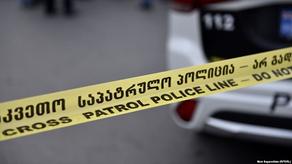 One teenager was killed and another seriously injured in an explosion in Gardabani.

The 11 and 15-year-olds were reportedly in an uninhabited area after the school, where the incident took place. It is yet unknown what caused the explosion.

As the Ministry of Internal Affairs informed report.ge, the investigation into the case was launched under Article 229 of the Criminal Code, which stipulates an explosion.