Municipal buses to be introduced from Kutaisi International Airport

Municipal buses to be introduced from Kutaisi International Airport 23 October, 2019  22:52 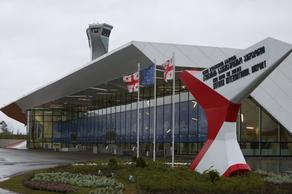 Municipal bus service is planned to be introduced from Kutaisi international airport to the city. As Deputy Mayor of Kutaisi Nino Tvaltvadze announced, the issue is now being regulated by the market, with the municipality being planning to address the parliament and require that this right be granted to the city government.

From 2020, Kutaisi transport is set to become municipal, with an auto park being planned to be developed in Sulkhan Saba settlement.