Paata Imnadze: Unfortunately, the Indian strain is spreading in Georgia 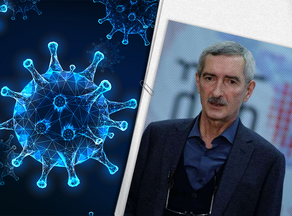 According to the Deputy Head of the National Center for Disease Control, Paata Imnadze, the so-called Indian strain of coronavirus is beginning to spread in Georgia.

As he told journalists, at the moment, 18 cases of the so-called Indian strain have been confirmed in the country.

"Unfortunately, the functioning of the Delta (Indian strain) is very high throughout Europe. "Delta" strain is becoming the leader in many countries, and the number is increasing here as well. The infected are mainly our citizens who return from different countries of the world. There are 18 confirmed cases today, which means that the 'Indian strain' is beginning to spread," Imnadze said.