Sanctions for driving while intoxicated changing 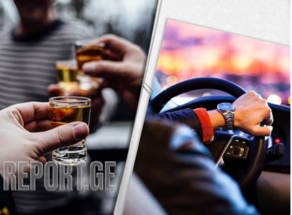 Different sanctions will be imposed for driving while intoxicated, and it will depend on the ethanol in the driver's blood.

The Committee on Legal Affairs considered for the second reading the draft law "On Amendments to the Law of Georgia on Traffic" submitted by the members of Parliament: Levan Ioseliani and Aleksandre Elisashvili through a legislative initiative.

According to the project, driving under the influence of alcohol:

- If the ethanol content in the driver's blood is not less than 0.3 and not more than 0.7 parts per million, it will result in a 6-month suspension of the right to drive the vehicle.

- If the ethanol content in the driver's blood is more than 0.7 ppm, it will result in a one-year suspension of the right to drive the vehicle.

According to the project, avoiding the test for alcohol intoxication while driving a vehicle will result in a one-year suspension of the right to drive a vehicle.