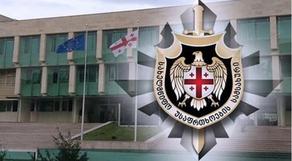 State Security Department stated that there is operational information that there is a group of people and several citizens who try to drive a wedge between ethnic Georgians and Azerbaijanis living in the Kvemo Kartli and Kakheti regions of Georgia.

The mentioned personalities are using such long-time accumulated issues that, in case of articulation, can be used to create a hazard to the peaceful co-existence of ethnic Georgians and Azerbaijanis living in the regions of compact ethnic settlements.

In particular, the mentioned personalities interfere in the government's competencies and try to create national antagonism in the places.

By spreading irrelevant and aggressive exhortations, these people are trying to create discord between ethnical Georgian and Azerbaijani citizens of Georgia that will be followed by the loss of respect and humiliating statements and acts. On the other hand, they plan to achieve human rights violation facts through the established discord between these two ethnic groups.

This small group of people is making public statements presenting as if ethnic Georgians are entertaining privileged conditions that create risks of conflicts.

The State Security Department at the State Security Service has launched an investigation on the racist discrimination fact, i.e., an act conducted to trigger national enmity and discord, aiming at the humiliation of national respect and dignity as well as discrimination on national and ethnic basis implemented by a group of people. The crime corresponds to article 1421, part 3 a) of the Criminal Code of Georgia.