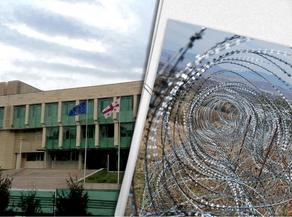 Georgia's State Security Service (SSS) has released a statement saying that representatives of the occupation regime subjected citizens of Georgia to unlawful custody.

"On January 18, at 20:30, in the vicinity of the Khurcha village, the Zugdidi municipality, in the territory controlled by the central government of Georgia, representatives of the Russian occupation forces illegally detained three citizens of Georgia.

The State Security Service of Georgia immediately activated the hotline and required that unlawfully detained citizens be released.

The chairmen of the Geneva International Discussions were immediately involved in the process.

A representative of Russian-occupied Abkhazia confirmed the unlawful detention of three persons residing in the occupied region. The representative of the occupation regime also mentioned that the detainees were no longer in custody.

The act by the occupation regime is a deliberate provocation which inflicts substantial harm on local peace and poses threats to locals and stability in the region," the statement reads.