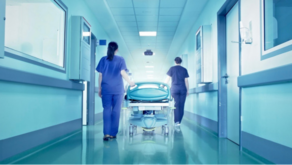 A 16-year-old teenager, whose health condition worsened due to technical issues of resuscitation ambulance, has passed away. Luka Popkhadze was treated in Kutaisi Intervention Medical Center, where he was unconscious for 41 days.

According to the deceased’s aunt Pati Gogolashvili, the teenager underwent treatment in Kutaisi, and his medical condition was critical.

The 16-year-old adolescent was transferred to the hospital from Racha on July 19. As the family informs, the teenager felt sick after returning from the sea, with the sickness caused by an unknown virus. After his health condition worsened, the boy was taken to the Ambrolauri hospital by a resuscitation ambulance.

The equipment of the vehicle was damaged on the way to the hospital, and another ambulance arrived three hours later.

The accident investigation is being conducted.