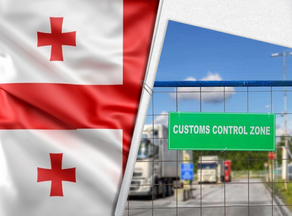 The control over unregistered fuel will tighten in Georgia. Business welcomes the decision of the Ministry of Finance. As explained in the Business Association, the changes will minimize the possibility of importing unregistered fuel on Georgia's territory. The Union of Oil Product Importers has long suspected that unregistered diesel fuel enters the country. According to the President of the Association, Vano Mtvralashvili, the source may be unregistered locally produced products or transit vehicles in Georgia, which come from the Islamic Republic of Iran, Azerbaijan, and the Russian Federation.

Mtvralashvili thinks that fuel is cheaper in these countries. Transit vehicles fill high-capacity tanks with cheap fuel during the transit of any goods and receive additional income by selling it in Georgia. Mtvralashvili cites international practice and adds that it is necessary to impose certain restrictions on diesel fuel imported through the tanks of all vehicles entering Georgia.

The customs officers stopped the attempt to import more than 5 000 liters of undeclared diesel fuel at the Red Cross customs checkpoint in the last ten days.