Gas can be transported from Turkmenistan and Israel via SGC 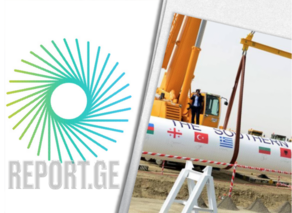 The State Oil Company of Azerbaijan (SOCAR) has focused on the 'second phase' of the Southern Gas Corridor (SGC), SOCAR Vice President for Investments and Marketing Elshad Nasirov said at a webinar organized by the Atlantic Council.

Report quotes him as saying that SOCAR is also attracting new gas supply sources to support the project and seeking new sales markets for European buyers.

Nasirov said that natural gas could be transported from Turkmenistan and Israel through this pipeline in the future. "Moreover, SGC can supply gas to new markets in the Balkans." At this stage, SOCAR is trying to have access to additional markets and gas transit from other locations and try to develop gas reserves in Azerbaijan. "

He noted that Azerbaijan is ready to supply gas from several sources without discrimination: "Energy is never used as a means of political coercion."

As the last segment of the Southern Gas Corridor, TAP, which provides Europe with reliable access to a new natural gas source and is of strategic importance, plays a vital role in strengthening Europe's energy security, diversifying supplies serving decarbonization purposes.

TAP transports natural gas to Europe from the giant Shah Deniz field in the Caspian Sea's Azerbaijani sector. The 878 km pipeline connects to the Trans-Anatolian Pipeline on the Turkish-Greek border in Kipoi, crosses Greece, Albania, and the Adriatic Sea, and reaches Italy's southern coast.

TAP can stimulate gas supplies to Southeast European countries through interconnectors to be built in the future. For example, Bulgaria will strengthen supply security by meeting 33% of its natural gas needs via TAP. In turn, it will increase the penetration of natural gas in the country. TAP's outlets in Greece and Albania and Italy also open up opportunities for transporting Azerbaijani gas to other European countries.